Horizon Music is a record label that specializes in ambient electronic music. The musicians who have released albums on Horizon use electronics not as a gimmick, but as a legitimate means of making music. This results in music that is somewhat abstract, but can also have a lasting impact on the listener. 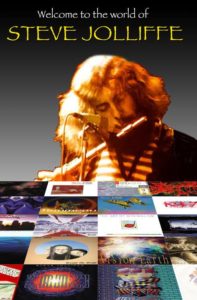 Steve Jolliffe to perform in London on March 9

Steve Jolliffe, who has released several albums on the Horizon Music label, will give a concert at Nightclub Kolis in London, England on Friday, March 9 at 7 PM UTC (Universal Time). He has had two stints in the German electronic rock group Tangerine Dream, the second one being in 1978, during which time the band released an album called Cyclone. To commemorate the 40th anniversary of that record, Steve will perform it in its entirety at this show, with some additions. The gig will also see a release of a CD called The New Cyclone. The disc will be free to the first 20 attendees.

For further information and updates closer to the event, please see www.facebook.com/events/559783544374596.

The Distance - «The Mirror Shattered»